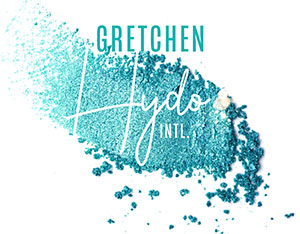 Receiving expert advice can change the trajectory and overall success of your career. Last week I had the pleasure of coaching a powerful group of professional women at Universal Music. During our time together, they shared the best pieces of business advice they have ever received. What is your best piece of business advice?

If you are interested in business coaching for your organization or on an individual or group basis, please contact me. I work with groups and executives from Children’s Hospital of Los Angeles, Universal Music, University of Southern California, and more. I am a frequent conference speaker and would be happy to build a platform that offers timely topics and relevant tools, all while engaging the audience.

If you are interested in individualized personal or business coaching, please schedule a complimentary 30-minute discovery session.

Do you know how to comfortably initiate negotiation? ⁠
⁠
Here's the deal...sooner or later, you will have to negotiate with somebody who is in a powerful position. There are nerves, insecurity, and a plethora of other things that influence our ability.⁠
⁠
So, how do we get the best results in a negotiation? 🤔⁠
⁠
REMEMBER: Negotiating is just another method of asking. ⁠
⁠
The first step a master negotiator takes to attain a successful negotiation includes deciding to negotiate in the first place. Female candidates often are hesitant to make requests because of potential repercussions. In spite of the odds, we must recognize that every situation is negotiable. Asking for change is a step closer to implementing change. A single action may lead to more equality in a whole company.⁠
⁠
In a negotiation, both parties are coming to the table with their needs and both want whatever serves their best interests. Negotiating is a way of reconciling the various visions and needs of two parties, as well as an inevitable stepping stone to an improved future.⁠
⁠
Would you like some more tips to help you become a master negotiator?⁠
⁠
Visit the link in BIO for my resource: The Art of Negotiation - 5 Tips to Become a Master Negotiator! ⬆️⁠
⁠
#coachingservices #boundaries #lifecoaching #businesscoaching #networking #mentorship #negotiator #negotiationskills #negotiate #knowyourvalue #negotiatelikeaboss #bestresults #businesscoach

To niche or not to niche?

Instead, think of the personality attributes you like of a person.

I like to work with ambitious people who are fun, creative, and up to big things. It’s not their first rodeo and they have lived through hard times and made it through.

When you think of character qualities, you will be able to serve people in all types of industries instead of just one.

It will open up your clientele base and you will be able to serve people who are excited about working with YOU. 🎉

OMG! 🤯⁠
⁠
I woke up this morning and realized that not only are the holidays here (HAPPY THANKSGIVING! 🍗) but we are close to the end of another year. Yup, that happened! It’s already almost December! ⁠
⁠
In 37 days, it's going to be 2023...🎉⁠
⁠
When people look back at their past, they often refer to how they can see things with 20/20 vision. If they only knew then what they know now, things would be "different". ⁠
⁠
That’s a really easy thing to say but when you are living it, you can’t see things clearly. You don’t know what’s around the corner. You aren’t sure how the pain is going to be meaningful in a year’s time. You aren’t savoring the moments that you’re living the same way you’re savoring the memories. And you’re ruminating, thinking about what could have been and sitting in fear about what might happen.⁠
⁠
Our culture has taken a position that it is easier to REACT rather than CREATE.⁠
⁠
We are reacting to life instead of creating life.⁠
⁠
I understand why we shelf things. I know that it can be easier to stay the same rather than changing. But I also know that change is powerful. Creating the life that you would be living if you weren’t afraid of what other people would think is powerful.⁠
⁠
What have you been reacting to that you can be creating instead? ✨⁠
⁠
#creativity #thanksgiving2022 #happythanksgiving #grateful #thankful #holidayseason #coachlife #mastercoach #designyourlife

Recently, I've been inspired to take a look at some of the world's most successful changemakers and really study their habits to see what I can do to improve myself, my business, and my surroundings.

If you want to follow along, here are 4 lessons that we can learn from a few of the biggest changemakers on the planet. ⬇️

Sara Blakeley, the founder of SPANX, had doors shut in her face over and over again as she tried to sell her control top creation. But she didn’t lose faith in her idea. Finally one of the manufacturers changed his mind, and the rest is history. Sara Blakely’s creation forever changed the hosiery market – and now is worth over a billion dollars.

J.K. Rowling encountered multiple stumbling blocks before the publication of the first Harry Potter book. Each of these obstacles on its own would be sufficient to waylay many of us, but she found failure to be a motivating force. In her 2008 commencement address to the graduating class of Harvard University, she talked frankly about how failure actually helped her. It stripped away everything that didn’t really matter, except the book she was determined to write and publish.

Oprah Winfrey attributes her success to giving her full attention to everything she takes on. Whether it’s a television show or a magazine or running a network, she has learned to give everything her full-on attention, because with that comes “a level of intensity and truth,” she’s said. And when she tries to multitask? “It’s a joke,” she says.

☯️ Make peace with a lack of balance.

Entrepreneur, Grace Bonney, interviewed over 100 female entrepreneurs and found that most have accepted the fact that work/life balance is almost impossible to achieve. A more realistic option? Accepting that different areas of your life will demand your entire attention at different times. And that this is okay.

Do you need assistance in creating good habits for success?!

For some reason, most of the year I loath throwing anything out, even that sweater that’s missing three buttons and has two raggedy holes in the back. 👚

That sweater just seems too familiar and too much a part of me to throw away. But once I put my clothes to a simple test – is it A) Something I wear? And if not, B) Does it make me feel good to have it? - I find that letting go of old clothes becomes much easier.

Once I look long and hard at whether an item is actually still serving me it becomes much easier to know whether to keep it or get rid of it.

The same can be said for our thoughts! 💭

In her best-selling book, The Life-Changing Magic of Tidying Up, Marie Kondo recommends looking at every item in your home and asking yourself “does it spark joy?” If it doesn’t, then we are to thank it for its service and get rid of it.

I would like us to do the same with our thoughts. Our thoughts are powerful, more powerful than anything we can buy or acquire for our home or our wardrobe. It’s vital that we look at them from time to time and decide to let go of the ones that no longer serve us.

For each thought or story that you identify as negative or unproductive, ask yourself the following ⬇️

1. Does this thought make me feel good? Does it “spark joy”?

3. What does hanging on to this thought actually give me? Even negative thoughts give us something, oftentimes it’s some kind of protection.

4. If this thought isn’t serving me, how can I let go of it and replace it with a thought that is positive? Enriching? And actually truer and more representative of reality?

What is one negative thought that you need to get rid of? 👇